Our staff is the company's greatest asset. 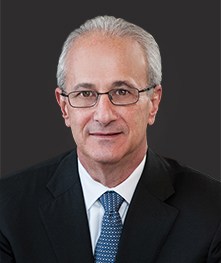 Ken began his construction career in 1974 as a son working at his father’s construction company. Fast forward to today, Ken is the owner of the family business. As our CEO, Ken leads the development and execution of Grunley’s long-term overall strategy, primarily as it relates to our business units, coaching and mentoring company stakeholders at all levels, new initiatives asset allocation, and most importantly, creating broad cohesion within an aligned culture for the next generation of leaders at Grunley. Ken’s vision for the company’s growth over the years involved hiring the best and brightest talent in the industry. The firm’s leaders benefit from his open and fair demeanor, attention to details, and more than 40 years of construction expertise.

When asked, Ken will tell you his favorite past project is the Blair House renovation. Built in 1824, it serves as the President’s Guest House. Ken fondly remembers he and his wife Ginny attending a small private dinner party at the Blair House with President Ronald Reagan and First Lady Nancy Reagan at the completion of the project.

"OUR SUCCESS IS BUILT UPON THE HIGHEST OF ETHICAL STANDARDS." - KEN GRUNLEY, CEO 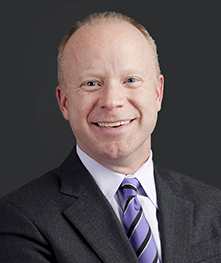 One of Chip’s greatest strengths is project execution. He understands the core needs of our clients and is a master at assembling construction teams that deliver results. “The greatest feeling is when a client entrusts us with their investment and we meet or exceed those expectations,” he says. Chip is acutely aware that every project is critical to our client; thus, he ensures that our operations teams treat those projects as such. 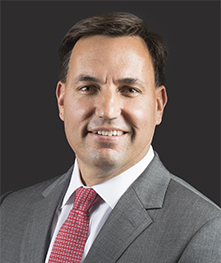 Chris has over 20 years of experience with a focus on construction financial management and process efficiencies. At Grunley, Chris oversees financial resources, risk management and business strategic planning. He enjoys building business processes and teams to best support and enhance project execution. Chris says his economics background helps him to see the larger picture while also refining processes and procedures to achieve results. According to Chris, the best part of his job is seeing processes and people come together efficiently to allow the company to focus on its customers. 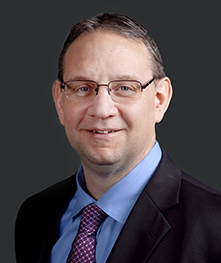 George leads the integration of the preconstruction, GMP pricing and overall purchasing efforts. Specifically, he oversees conceptual, schematic and design budgets; GMP estimates; subcontracts; owner contracts review; and pre-construction procedure implementation. With more than 25 years of construction experience, George also leads the Purchasing Department with responsibility for the development and execution of all Grunley subcontracts. Working with the subcontractor community is a vital part of George’s role, one in which he enjoys and excels. One of his greatest strengths is his knowledge of the vast portfolio of Grunley projects. 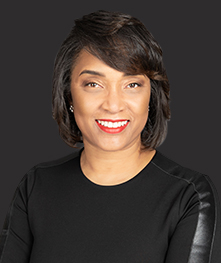 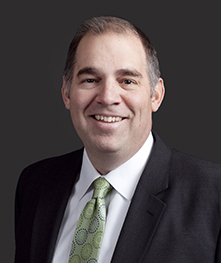 When asked what he enjoys most about his role at Grunley, Ken explains that "at Grunley, we are fortunate to work for a diverse group of clients with important and often times challenging missions. I derive immense satisfaction from working with our preconstruction and project teams to tackle challenging projects in a way that pleases our clients and provides the opportunity for our people to shine!" 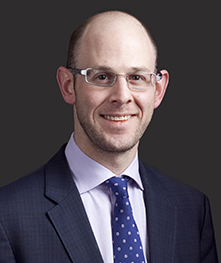 As Vice President of Strategic Development, Adam identifies and cultivates strategic alliances among the subcontractor community, develops and maintains key relationships with clients/owners, enhances corporate development via strategic collaborations, oversees the small business compliance team and leads the subcontractor prequalification process. Over the past 14 years, Adam has immersed himself in the Metropolitan Washington area subcontractor community. He uses a systematic approach to establish deep relationships with strategic partners to support the company’s overall mission. 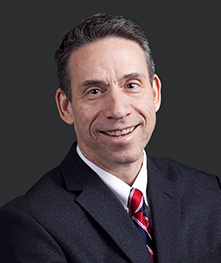 Mark is a registered architect with 30 years of experience in the construction industry. As Vice President of Preconstruction, Mark enhances management of the design process with the owner and architect/engineer (A/E) to ensure the best value for the customer in terms of cost, schedule and constructability. He is a key figure in client relationship development and maintaining client satisfaction throughout the preconstruction process. In his role, he develops project leads with new and existing customers and oversees preconstruction activities from concept design to the beginning of construction with owners and A/E’s. A problem-solver by nature, Mark enjoys bringing together all of his past experiences to help steer a project in the right direction. 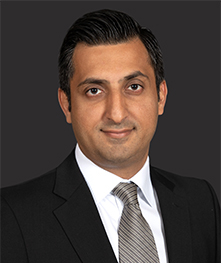 As Vice President of Technology, Moez is devoted to advancing Grunley’s construction operations through technology, innovation, and process improvements with the goal of delivering exceptional service and value to our customers. He is responsible for developing and managing the company’s advanced capabilities, and strategically implementing Virtual Design and Construction (VDC), field technology, and business intelligence throughout the company. Moez says that the best part of his job is finding unique, project-specific solutions that help innovate our project delivery. 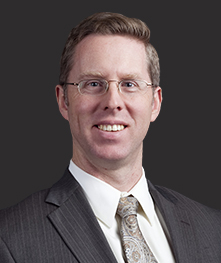 As Vice President of Operations, Bill serves as a principal Grunley representative for multiple projects throughout the Washington metropolitan area. He works with project teams to enhance and optimize resource planning, team engagement strategies, staffing, and project execution. Bill has 24 years of construction industry experience involving new commercial facilities as well as renovation of commercial, institutional and government buildings. His ability to collaborate closely with clients, project team members and subcontractors to achieve high quality results on schedule has resulted in his assignment to some of Grunley’s most complex projects. 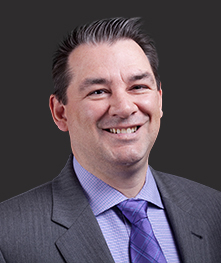 As Vice President of Operations, Mike’s 24 years of extensive construction industry experience have served him well as he directs operations for some of Grunley’s most complex mission critical projects. He works with project teams to enhance and optimize resource planning, team engagement strategies, staffing, and project execution. Mike enjoys the complexity of the work Grunley performs as well as training and mentoring his colleagues. 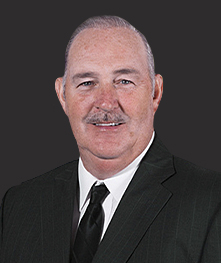 Chris joined Grunley in 1990 and now serves as the Vice President of Field Operations. A skilled Journeyman Carpenter and former Superintendent, he leads Grunley’s talented field teams of superintendents and foremen, providing mentorship and building expertise along the way. Chris also ensures the necessary material resources are available for our 40+ ongoing construction projects.